If you are being investigated or arrested for committing an Assault and Battery related crime in Albany, it is in your best interests to hire a qualified and experienced criminal defense attorney. Only a knowledgeable criminal defense attorney will have the experience needed to fight the charges and to protect your legal rights. New York Lawyers Team has successfully defended many clients in Albany who have been accused of or arrested for Assault and Battery crimes.

New York Lawyers Team can help you in these circumstances and protect your rights by speaking to the police in Albany on your behalf; attacking overcharged complaints; challenging identity issues; and by developing the defenses of self-defense and defense of others to prevent severe penalties including the possible loss of your freedom.

The Criminal Justice system in New York treats crimes of violence such as Assault & Battery more severely than other crimes. When the police are dispatched to a report of Assault & Battery, their immediate focus is the safety of the victim, and not the rights of the accused. More often than not that focus results in the police developing a one-sided perspective into their investigation as to what really happened, with the end result being the accused is arrested with little or no input from them.

New York Lawyers Team knows that Assault & Battery charges in Albany are also followed by requests for emergency restraining orders. Any contact with the victim in these circumstances, even if the victim is a family member or loved one, may result in additional criminal charges being filed. If you are accused or arrested in committing a crime of violence in Albany it is important that you quickly obtain legal representation to explain your legal options and help you protect your legal rights. New York Lawyers Team have successfully resolved many cases by navigating these complicated legal issues on behalf of his clients. New York Lawyers Team can protect your rights by standing between you and the system. We know that the only way to get a case dismissed is through investigation, preparation, and a lot of hard work.

Allegations of assault or battery can arise in any number of circumstances. Horse play can go out of control such as when a pushing match results in someone getting hurt; a fight starts because one person feels disrespected by another person’s comments; an argument with a girlfriend or boyfriend becomes physical; a fight with a co-worker goes out of control; could all result in charges being filed. Typically, an argument of some sort initiates the confrontation. Often exacerbated by alcohol, pride or other factors, the argument turns into a serious offense when someone is hit or punched and the police are called. When the albany police are called to a fight, their job is to make an arrest. The resulting criminal charges that follow need to be sorted out in court. It is important to have an experienced Albany criminal defense attorney review the circumstances surrounding the arrest so as to determine whether any crime has been committed. New York Lawyers Team have the experience it takes to evaluate your assault and battery case from every angle. We have been successful in getting charges dismissed if at all possible, or getting them reduced.Contact us today to discuss your case.

A person is allowed to act in self-defense, even if he or she strikes or hits another person. Defending yourself in New York or others from an attack, may be a defense to the crime of assault and battery if you act reasonably. A person cannot lawfully act in self-defense unless he or she is attacked or is immediately about to be attacked. This is known as reasonable apprehension.

Where use of deadly force is at issue, a person may still act in self defense if he or she uses deadly force. An individual however cannot lawfully act in self-defense unless he or she has exhausted all other reasonable alternatives before resorting to force. A person may use physical force in self-defense only if he or she could not get out of the situation in some other way that was available and reasonable at the time. This is known as the duty to retreat. New York Lawyers Team knows how to evaluate your case and to develop your defense.

Too often people are arrested in Albany for assault and battery when a fight breaks out at a bar after a night drinking, or when physical contact results when a girlfriend accuses her boyfriend of infidelity. What you perceive as a minor issue is no longer a simpler matter once law enforcement and the courts become involved. Choose an attorney who you know will work hard to fight for you. New York Lawyers Team is prepared to investigate the allegations and every aspect of circumstances of your case, in order to identify the right strategy for you to build an aggressive defense to these charges. 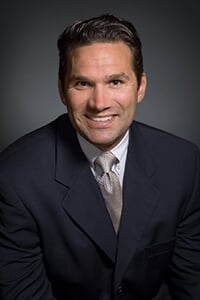 The Law Office of Teresi & Little, PLLC is a litigation law firm located in Albany & Lake George, NY that represents individuals a...